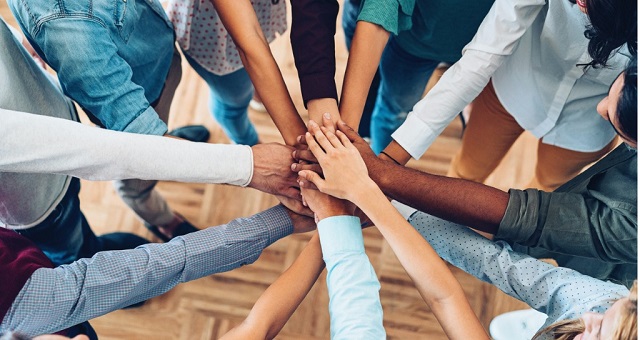 A lot of questions have been posed regarding hip-hop’s decline from mainstream and why it is currently struggling to be a top 3 genre in the country. Several reasons for this decline have also been provided over the years; the rappers; the audience; the media; lastly, cultural acceptance.

With all these questions and postulations lingering around, I decided to check in on other members of the hip-hop industry to hear their takes. At the end of the day, we all are the ones with the challenges in the industry, and once we can discover the root of these problems, solutions and their implementations aren’t far off.

Armed with these points, a Twitter Space was created for Hip-hop creatives to share their individual experiences in their respective hip-hop field, as well as possible solutions to solving this Gordian knot. The session was attended by those in music, fashion, media, tech, and concerned fans of the culture. They all gave their 2cents on the State of the Culture and suggested ways to move it forward.

Part of the decline was attributed to the audience’s taste; they’d rather listen to a foreign hip-hop artiste over an indigenous one. Some of the points raised here include; songs are not danceable, dumbing down lyrical prowess for vibes, etc.

Then again, there will always be an audience for whatever product you choose to sell. Even products that are harmful to one’s health still have an audience; tobacco, tummy tuck, etc. It’s all about both you and your audience finding each other.

The media is very pivotal in determining who gets the most market share of everything; goods, services, messages, etc. The media’s reach and frequency of playing a song, music video, as well as news coverage and PR rounds can make or break the career of artistes. An infectious song can get just one play at a peak period and instantly become the new sensation – going viral.

The existing mainstream media – traditional and digital – all seem to favour the Afrobeat (pop and all derivative genres) with airplay, while the foreign hip-hop genre is ahead of local hip-hop music in the airplay queue. We do understand that these outfits are all for-profit (payola inclusive), but the local media owe it to their local listeners the discovery of new artistes in their localities.

The deejays at clubs and mixtapes don’t even break artistes anymore; all about featuring the mainstream acts and gathering a collection of ‘potential’ hit singles as an LP. By doing this, the media on all levels has killed the underground economy. If the media plays its part in serving up hip-hop artistes, their music, and other forms of news and gossip, the hip-hop genre would also have a market share it can always rely on since the audience now know where to find the latest, hottest and newest rap acts in the game.

Another factor mentioned by members of the community – an Ol’G and a major label signed act) – are the deceptions and lies in the industry (especially the mainstream), despite its small size.

Instances were given where a rapper would be approached for a collaboration, the rapper agrees to it and never picks your calls or replies to your messages again. Another was a rapper declining a feature without even listening to your tape or song because, well, you don’t match up to their standards; drip, and bank balance.

Another angle is being blackballed or blacklisted in the industry because a certain “Gatekeeper” or “Chairman” is unhappy with you or felt slighted. Therefore, he must show you who’s boss by ensuring no mainstream act, producers, media, and management consider you for promotion regardless of how incredibly talented you might be. Yep! “Fragile EGOs”

The last point raised was the societal/cultural acceptance of the genre. To break it further down, since we developed Afrobeat or pop, then it is ours, unlike hip-hop. We simply took another culture’s musical culture and made it ours. As time went on, because it wasn’t created by us, it faded into the scene.

This particular point is what I disagree with. Even the Afrobeats wasn’t originally ours, over time, with a mixture of indigenous cultural sounds and ingenious producers and musical acts, we came up with a version the world loves; same for the new revised Amanpiano derived sound.

The same goes for hip-hop. In other countries, indigenous sounds have been included to create distinctions from that of the US. Moroccan hip-hop, French hip-hop are sounds you can identify whenever they come on. We simply need to rely on our creativity to come up with a hip-hop sound that is ours.

With the four points raised, the only one out of our control is the Media. We as hip-hop culture creatives or enthusiasts can make a collective and intentional effort to create an ego-free, toxic-free space where collaborations are not an issue. Yes! Collaboration is a growth strategy that will continue to work until the end of time.

Big brands have collaborated in other to share in each other’s market share; Nike Airforce 1 + Gucci, LV + Supreme, etc. If it works at that scale, why do we ignore/underestimate its relevance on a smaller scale? Collaborate with any and everyone you can collaborate with. You never know who’s next up to blow, and if you continue to give a 100% on every verse, you are sure to get a new audience from everyone you’ve ever collaborated with.

Yes, most people will say money. Then again, a piece of royalty from all these features will have you making income before you even have your own single or project out there. 3 featured verses a month equals 36 verses a year, and there’s no way 1 of these will not resonate with listeners; you are speaking their reality, you are speaking on their behalf. Thus, you’ve earned a new died hard fan that will follow you to the ends of the world.

It is also with collaborations new sounds that will be ours will be developed. But to be fair, PH has a new sound called CUTLASS MUSIC, being pushed heavily by Murz – a cocktail of hip-hop, drill, trap, and local sounds. I’m also convinced other states have theirs already and only require exposure and discovery.

To grow an audience, collaboration is still required by the existing media hip-hop outlets; magazines, blogs, playlist curators, podcasters, hip-hop influencers, battle rap groups, cypher groups, freestyle groups, etc. It seems we’ve all forgotten that the Hip-hop culture is a movement that can be used to push for socio-political changes, not just a competition amongst its creatives and participants.

Like I always say, the audience is there all they need is how to locate us. We simply need to make ourselves easier to find and slowly but surely, we will groom a community worth raising an economy around.

I could go on and on about tips and cheap tricks that every creative, regardless of role – artistes, producer, deejays, b-boys, graffiti artists, engineers, content creators, fashion designers, fashion designers, photographers videographers, tech gurus, animators etc., – can apply to achieve an advancement in their careers by contributing to the culture.

But first, we need to have a genuine ecosystem and community that creatives from all works of life can come together to share knowledge, experiences, and solutions to build a new hip-hop industry that is beneficial to everyone involved – Underground or mainstream.

There’s nothing wrong with an up and coming act or creative in the industry bagging $50,000 to $100,000 annually by 2025; meaning the industry is worth over $500m by then. All by simply growing a community that works for everyone.

Let’s build a future for the hip-hop culture. Join the community