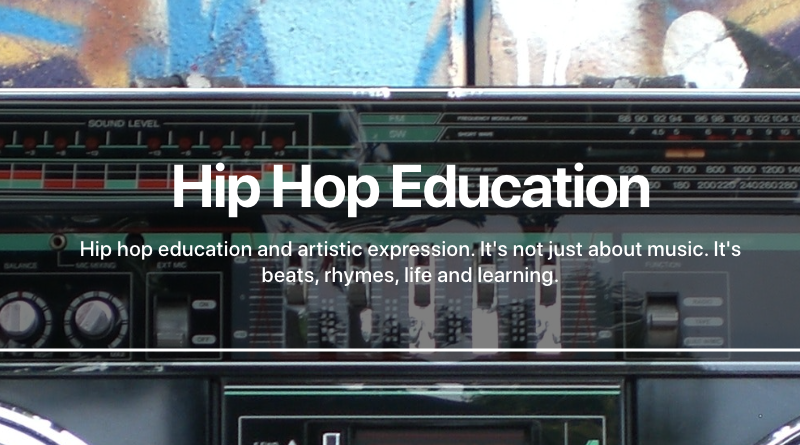 17th of April 2022, was a great day to learn something extraordinary. A tiny detail that helped in the clarification of a hypothesis I’ve longed had; the disparity between the quality of hip-hop creatives of the Northern Hip-hop Culture, and those of the Southern Hip-hop Culture. Before we ponder on, here are definitions for context; A Northern Hip-hop Culture practitioner is any individual – male or female, young or old – of any religious belief, from any tribe within the recognised boundaries of Nigeria, born and/or raised,  or currently live within the recognised territories of Northern Nigeria; that loves and/or creates content or product towards an area of the Hip-hop culture (music, graffiti, b-boying, emcee, DJ, knowledge, fashion, tech, media, and lifestyle). The same goes for Southern Hip-hop practitioners within Southern Nigeria territories.

The writer has felt more drawn toward the Northern Culture; its creatives, their creations, and the business potential of the culture. Don’t get me wrong, I’ve spent the entire time of my existence within the confines of South Western Nigeria until 2021. I made a spontaneous leap to go live up North for a change in scenery, and probably start something and become someone new. What a trip.

I’ve always been accustomed to southern hip-hop music – southwest, southeast, and south-south – and emcees. Some for their slick rhythm, some for their lyrical ability, other times storytelling gift, and those who never fail to remind us of our realities, pain, and desires. These last sets of emcees keep us grounded and focused on our goals as we grind our way out of hardship. Most of the content from this side of the pond, is basically to ascertain dominance over other emcees either financially, sales figures, or lyrical ability. A Northern emcee dominates by talking more about personal reality, pain, circumstances, choices made, consequences and lessons of said choices, their hopes and dreams, and their guilty pleasures regardless of the current quality of life they lead. In summary, “Fake it till you make it” is the Southern Nigeria Hip-hop Culture.

The Northern audience is primarily receptive to hip-hop culture, its content and/or products. Abuja’s hip-hop scene is the most successful in the entire North. Artistes can quickly grow a cult following that can be further exploited, in a bid to build a thriving professional career. This creator-audience relationship also transcends the hip-hop genre. It also spills into the R&B and Soul genres, same goes for the general business-customer relationship in the North.

Well, the discourse began on the Twitter space, and not until a contribution from a speaker, @Yxng_shifu, a Southern Kaduna born and raised twitter user, gave a perspective on what loving hip-hop is like in Northern Nigeria (with an exception of Abuja). Basically, for anything or anyone to succeed or progress in the North, it has to be per the religious beliefs and customs of the community it is being developed in. Based on Northern Nigeria’s Islam laws, hip-hop culture is too liberal, thus it is haram. The Christian end isn’t also so liberal, and if it is allowed, the content and its lifestyle can only exist within the confines of the domination’s doctrine. Most Christian Northern Rappers who reside in the North are either Gospel focused, or secular focused without cussing.

So, most hip-hop emcees from Northern Nigeria usually start their hip-hop journey via Church and Fellowship, before moving to Abuja or Southern Nigeria for greater opportunities in a hip-hop industry that is scarcely rewarding. This is mostly due to the genre’s disenfranchisement across the country. Another aspect is the scolding Northern kids who muster the courage to tell their parents about their dream of being a hip-hop creative get, which was also talked about. Hip-hop creativity is regarded as a hobby, and never up for discussion with your parents. You listen to it in your space and time, you practice it in Church and/or School, and your desires and aspiration are all things you keep to yourself while you remain under the financial care of your parents.

Hip-hop music, a genre for the oppressed, has somehow continued to flourish since its inception in Nigeria, despite the oppressive and repressive tactics it has continued to battle in Northern Nigeria for over 3 decades. Most hip-hop heads and creatives are not bold enough to express themselves either through fashion, music, dance, dj-ing, or art, and have a lifestyle (beliefs) that they choose to live or die for. This has given the average Northern emcee (Muslim or Christian) a lot of things to talk about in relatable ways, people with similar situations can relate with. These are the core listeners; they usually emerge during University days. For those who set out early on in the hip-hop journey.

These environments and restrictions have created three generations of sick emcees, with a 4th currently being brewed. With the edge and opportunities technology currently provides, the 3rd and 4th generations will set out to be the New Golden Age of the Northern Nigerian Hip-hop, and the Living Legends of Nigeria and African Hip-hop culture in a decade or two from now. The growth the progressive side of hip-hop has made in both Northern and Southern Nigeria is very commendable. SDC holding it down for alternative hip-hop, the #234Drill community, the Trap community, and lastly, the not so far off traditional sound. The traditional sound has also enjoyed considerable growth since the M.I/Vector back and forth in 2019, which set the tone for the beef, and some successful projects from hip-hop camps around the country.

Again, these are still hypotheses and are based on armchair philosophy that is built on data and personal viewpoints. The oppression sets the quality of hip-hop creatives from the North apart from the more liberal South. The culture remains untapped, the Northern audience is where one must begin in regards to generating revenue in hip-hop, and Abuja is the new LA of the North for its base. If mainstream is going to happen for hip-hop again, the place to begin such movement is the North.