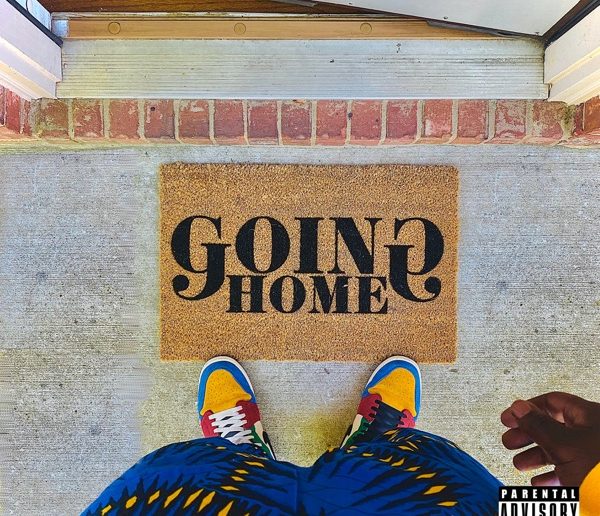 Going Home is the 8th full-length album from rapper Kelechi, born and raised in Atlanta to Nigerian parents.

The album finds Kelechi, fresh off his first tour and coming to the realization that there’s no place like home. Of course for someone with a background like his, home can mean a lot of things, and a lot of places. Luckily, the rapper himself clears things up a little on Ride for You where he raps “home where the heart is, heart’s where the art is“. At face value, it seems just an uninspiring twist on a popular saying, but it actually holds true on this album.

Kelechi taps into his Nigerian heritage to create some afro-pop bangers like Waiting For You and On Me without giving away any signs of novelty to the genre. The latter even finds him cleverly weaving Nigerian pidgin into his lyrics and then adding the bold declaration “I’m 100 percent from Atlanta, I’m 100 percent Nigerian, I’m 200 percent n*gga.“

The album opener N*ggas Really On Tour gives the album a strong start. He raps about being tired of the life on the road, moaning “Someone gimme some familiar all this new shit getting old.” His flow on the song is smooth and relentless, reminiscent of something you’d hear from Cassper Nyovest circa 2015. The song is littered with Quotables, and he is aware of this as he brags about how he “raised the quote up (by) writing Quotables“.

Road Life shares similar sentiments in a letter of sorts to his hometown lover. He is aware of his unavailability due to the demands of his career, particularly on tour, and he makes a reassurance on where his allegiances lie. The title track Going Home is another standout moment on the track. He is homesick and is already sick and tired of life in Hollywood, emphasized by the very cheeky rant he goes on at the end of the song where he lists the many artiste experiences and activities he’s tired of. Lol. The man really just wants to go home.

Beyond Atlanta, Kelechi zooms in further on this album, specifically into his family. He pledges his undying love and loyalty to his family on Ride For You. On Like My Dad, he opens up about his relationship with his dad and how they aren’t as close as he would prefer. He identifies a lot of similarities between them and is full of praise for his father despite some shortcomings, which he isn’t judgemental about. The song closes with a recording of his dad giving life lessons on gratitude which leads perfectly to the song Thank You. It is basically a short song of gratitude to God for everything he has in his life.

Throughout this album, there remains a strong sense of self-awareness from Kelechi. He isn’t afraid to confront some harsh truths about himself and his career, but he’s also not hesitant to pat himself on the back for his achievements. This is very evident on tracks like Get High where he adds recordings on both ends of the song; a friend questions his foray into the Afro sound, especially as he’s never been to his homeland. This is a point of view a lot of people will share and he’s aware of that and it would seem he’s at peace with it. In the song itself, he talks about life as an independent rapper and he also seems happy with it.

DFWM is the final track on the album and he takes stock of his life and career. He recognises that things aren’t all where he’d love them to be but there’s progress being made. He also shares some hopes and aspirations he has for the future.

The album isn’t without its spots.

The Word which serves as an interlude doesn’t really do much on the album. It doesn’t say anything fresh and also doesn’t last long enough to register any form of impact on the listener. And while the Waiting For You remix sounds more sombre than the original, and the Youngmoonling feature brought a much-appreciated freshness. It just seemed like it should’ve been made into a different song rather than a remix.

Regardless, Going Home is a very solid album with high replay value that shows Kelechi being honest, self-aware, and confident. After his first taste of touring, the rapper finds himself feeling a strong sense of identity. And that’s what Going Home is all about; a quest for the new, by identifying and exploring his Nigerian ancestry through his music, while at the same time longing for the familiarities of his native Atlanta.